This version of your browser is not supported. Please update your browser for the best user experience.
Skip to main Content
Go Back Partner in Tourism
Places to Meet 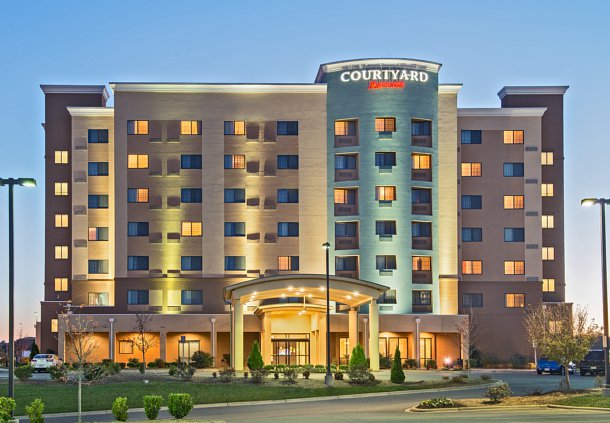 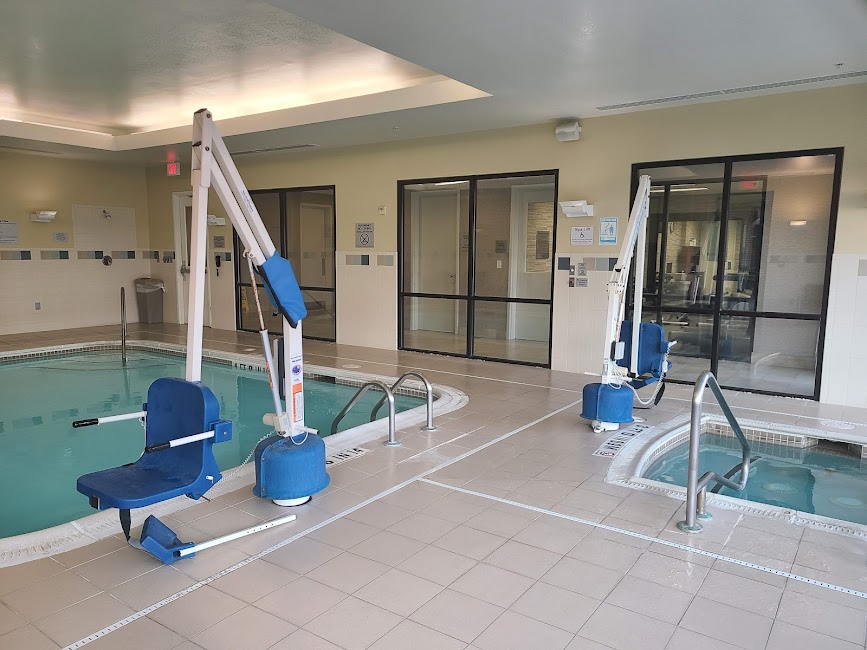 Had a great stay for work! I stayed 2 nights and the hotel is very clean ND the room I had was awesome! My coworker did ask for more towels, toilet paper and for them to check the fridge because it stank but no one came all day. Otherwise everything else was great!!

It's a hotel so for the most part everything is as expected. However, Amanda! Most hotels are pretty generic and meet the bare minimum. The exception to this is when they manage to hire someone amazing! Change is needed to use the laundry machine and I couldn't find change anywhere. The person up front didn't have change but Amanda came by to help. She called 4 different people and managed to get me 4 dollars of quarters so I could do laundry. I came down on several different times and every time I asked her something she tested me as if I was the moody important guest at the hotel and I witnessed her treat others the same exact way. The amenities don't set this hotel apart from others. The rooms don't set this hotel apart from others. It's people like Amanda that go so far and beyond to treat their guests like they are the most important people in the hotel that set this place so far above all other hotels.

As expected from Marriott. Clean and comfortable. Internet was nice and fast. Great location situated near the Charlotte Motor Speedway. Better than the Embassy suites across the street that I stayed at last time. Will stay here again.

I have NEVER had such a bad experience with staff at a hotel! I stayed at this hotel on the night of 4/2/2022 after a missed airline connection. Because it was the fault of the airline, they gave me a voucher to stay at this hotel and after a LONG day of travel fatigue and standing in lines with other passengers, I dropped in to bed exhausted at midnight. Slept in the next am, did my meditation and yoga, then caught a taxi to the airport for a rescheduled flight home. Arrived home and noticed a few days later that there was a $500 charge to my credit card. I called the hotel to inquire and the man at the front desk (wish I would have gotten his name!!) rudely informed me that I had violated the non-smoking policy and referred to the form I signed when I checked in. He said that because I was smoking in the room, they had charged my account. I told him that I do not smoke, never have and that this was ABSOLUTELY not the case!! Still, he insisted that I had smoked in the room and said that "staff" had smelled the smoke! I was incredulous at his insistence and his accusatory stance!! I then inquired of him about their "policy" and asked how it is that I was never even informed of this accusation, but rather there was simply a charge to my credit card. NEVER did he back down, apologize, or concede that, at a MINIMUM, a customer should be informed if there was an accusation made against him/her!!! There was NO WAY I was going to allow this mistreatment and I told him so. I was prepared to speak with an attorney if it came to that. I was so angry at this man's utter lack of respect for a customer! Ultimately, he agreed (VERY reluctantly!!) to credit the $500 back to my card but not once did he apologize nor back down on his insistence that I had been smoking and that the hotel had a "right" to charge me without even so much as a notification!! AND, another aside-- the hair dryer in the room did not work, the bathroom was not as clean as I would have expected and there was no lotion made available as one might expect. I don't usually leave reviews and I certainly wouldn't have to make an issue about the state of the room itself but I am appalled by the way I was treated. I would like to believe that not all their staff is this rude and with such poor customer service acumen and/but I will NEVER choose to stay at a Courtyard by Marriot again!!

The good, the bad and not much more.. Good, they helped me with needing to get my stay extended. Had a flight canceled and they let me get in my room a day earlier with the same rate I booked with. Very helpful! Thats where the good ends! The bad, lets start with the room. Overall, it was ok thats if you like sleeping on a board for a bed!! Never have I had a more uncomfortable sleep in my life! There was black mold in the shower with a broken shower head that sprayed water all over shower floor and wall that has built a significant amount of black mold on the shower wall. The staff, I want to start by saying this dose NOT apply to all members that work at this hotel. That being said there is a rotten apple within this group. I wish I knew this ladys name! But Im happier that I dont!! This lady had it out for my family! And I get it, my girls can be a bit much but this person wanted to make sure any time spent with them in there pool was an unwelcome activity. Never mind that the floor in the pool is a lawsuit waiting to happen! Having glossy tile without any grip what so ever!! in a pool area is a really unhealthy choice. And the floor drains do not work!! Now as we where told you cant do anything in the area that the pool is located. Its small, so I get that! But cant splash, cant jump (thats a given and should not be done as this is way to small) cant play Marco/polo (fyi, this was a enclosed area with a door.. we where not that loud) as an example, we where in the pool each day we here there, this particular lady wanted nothing to do with letting families have fun. Was really surprised at the overall quality of this hotel that was more like a hotel 6!!